With a background in film and animation, post production was a natural crossing point between these two disciplines. I entered the world of commercial post production in 2003 and freelancing in several NYC design and effects boutiques such as: Transistor Studios, Curious Pictures, and Imaginary Forces.  After moving to Berlin I began continued working, now with Berlin companies such as Big Fish, Sehsucht, and Scholtz & Friends.

Specializing in After Effect compositing and commercial animation I have worked both solo and in teams to create spots that include, live action manipulation, green screen compositing, CGI compositing and integration, as well as animating longer-form Explainer films. 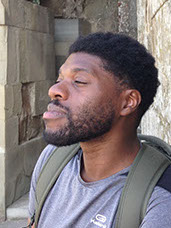